Sniffing the Panties of a New Fetish Buddy

A new sniffing story, it’s from Harvey a 27-year-old man and he has a nice fetish. He meets a girlfriend who gets excited by sniffing men. The photo is from Kristina, she is holding her hand in front of the panties. Then it gets nice and warm.

The appointment was made after a nervous phone conversation. You could hear the excitement in our voices and also the nerves coursing through our bodies. We agreed on this coming Saturday. Her boyfriend had to be away for work from Saturday afternoon until Monday afternoon, so we had time.

I arrived at her place and she opened the door. As agreed, she stood there dressed normally, the neighborhood shouldn’t think anything crazy either. We greeted each other with three kisses, Miranda was a very beautiful woman. She had all the curves in the right place and a beautiful face. We would first go for a drink to get to know each other a little better. I sat down on the couch and she asked me what I wanted to drink, a beer seemed to me the best. She went to the kitchen. Step one of the plan could now begin if Miranda followed the rules. She walked to the kitchen and as soon as she was out of sight, I looked under the pillow to my left. There was a nice pink thong there, I picked it up and brought it to my nose. The smell was nice, my cock was already growing a little in my pants. I knew this was the thong she had taken off three days ago. Not so fresh, but the beginning is there and my excitement is growing. I quickly put the thong back when I hear her come back. She sits up and looks at me hornily, she knows she kept step one and I must have smelled it.

With difficulty, I put my cock back in my pants and flush the toilet. When I come back Miranda is nowhere to be seen, yes I thought the next step. I walk up the stairs as agreed and see one door half open with a pair of panties on the doorknob. This is thong number three and she took it off this morning, so she has had it on for two days! I grab it from the door handle and walk on with it. I see Miranda sitting in a chair facing the bed. She is in her bathrobe as agreed. I have to sit on the bed with my back against the headboard, naked. I undress and look at her hornily, she says it could be faster. So pretty soon I’m naked on the bed with her third thong in my hands.

Summary I am still jerking myself while smelling at her panties. Then she asks me how I liked the show, and I could only say that I liked it. Then Miranda asks if I want to swap the thong in my hand with the fresh one she just finished in. I just nod, she says throw it. I toss

SNIFFING THE PANTIES OF A NEW FETISH BUDDY

Sniffing Her Panties and Getting Caught

Sniffing on her ass and panties 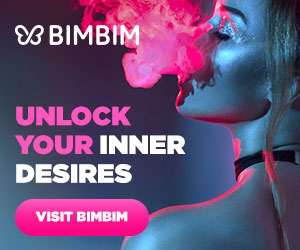