This woman wants to be submissive to new boyfriend

That evening, I had agreed to meet with Roman. A man I had met earlier in the bar where I worked. With whom I had an unforgettable experience. He was the man of my dreams, just as mysterious, just as charming and just as dominant. I had been looking for such a man for a long time, but I had never found anyone close to him before. From the first meeting he was in my mind every moment as if he was with me so strong. In mode, he was also with me the whole day we were texting together. Photo Mistress Evil Woman

All his ideas, all my ideas, were discussed. Also, things I had never done for anyone before. But also, I was sure I was opening up to him like I had never wanted to do for another person. I wanted to be for him, it all felt so good from the first moment. Yet this evening I felt tension. It was going to be a true test for me. Would Roman not expect things from me and that were impossible or far beyond my limits? Would he not abuse my will for him. No, he will protect me that I will not be harmed.

He will teach me where my limits are. He would show me how to overcome fears. He would be good to me. But how I was up with nerves for what would await me. The evening went on, and I looked at my clock. Half past nine, in half an hour I would be at the appointed place. I grabbed my fur coat and walked on. Never before had I felt so strange, I walked in an ultra-short skirt which was barely visible under my jacket, furthermore I was wearing a corset which already didn’t include much more. It was good weather, so I was not conspicuous in itself. Yet, I had the idea that I was different from others.

My phone vibrated, that could only be one person.

My phone vibrated, that could only be one person. I read the message, ” walk past the clothing store into the alley. This one is dead end. Stand there with your legs and arms spread, don’t look back and don’t say anything. Make sure I can reach everything. Tonight, you are my possession and do what I want.” My stomach was just about turning from nerves now, but I walked on as he had said. Only a short time will I have stood there, although I can tell you that minutes sometimes seem like hours. I had wanted to look back to make sure no other people were coming.

Also, I would have wanted to do that to make sure that Roman did show up. I looked up diagonally for a moment so I could see my watch. Five past ten my watch showed but I knew my watch was always about five minutes ahead, so I had some leeway with my appointments. I tried to stand motionless so I could hopefully hear in time if someone was approaching. Nothing I heard until I heard a familiar voice say, “kneel before me ” Without hesitation I turned while keeping my head facing the ground and knelt there at his feet. Thus, I remained seated waiting for the next command, after all I had been the one who had said I would be will-less. I would. Follow his command, that had certainly been my words.

So I continued to sit and wait for what was to come. Mouth open, were his words and he grabbed me by the bunch of my hair. He tried to fuck me as deep as possible in my mouth, each time he went so deep I almost gagged. He pushed me forward into the toilet and pushed me over the toilet bowl with my face hanging in the bowl and my ass and pussy facing backwards. I tried to gasp for air but at the same time something broke inside me. I didn’t want this, no this was really going too far.

I was not ready for humiliation like this. I really wasn’t ready for this. With all my strength, I came up and managed to turn away. With a smack I fell to the ground because Roman had not seen that my protest would come now. He helped me up and gave me a hug. Not a word he spoke but he did give me the thing I craved most right now. This moment lasted only a short while suddenly he became again the man I had experienced just before. Dominantly hard and not yet numb. He grabbed my hair and pulled me into a large dark room. In the corner hung something I only knew from pictures. Some kind of swing only specially designed for sex. He dragged me along to the sling and helped me into it. He cleverly helped my legs into the loops that were meant for that and secured my wrists with leather cuffs a little above my head.

Around my waist I also got a thick wide leather belt which he then attached to the sling. I knew immediately that there was no way I could get out of this. Actually, I did not want to, for I had already broken my promise. I had promised to be will-less, and I had not exactly been that. Roman now had another desire. Gradually it became clear to me when from the corner of the room I saw someone walking toward us…. This person had been here the whole time. He had seen all about me in the alley and also how I surrendered to Roman again here. I saw him standing in front of me and taking his cock out of his pants.

I looked pleadingly at Roman and couldn’t resist asking him. “I would be yours alone, be for you. Why are you sharing me now?” “You are also mine, mine alone that’s why I decide that he fucks you. For my pleasure and that will be your pleasure because you wanted to be willless to me. His answer confused me he was right, and I let it happen. Without being there I was being fucked alternately hard and soft. By turns, this man was numb and tender. It did not bother me I did not belong to this man he was only the executor of Roman’s wishes. After some time Roman took his place and put his member in front of my pussy. Bend over and whispered in my ear let yourself go.

No doubt about it the moment he slid his cock into me a long moan escaped. He knew how to play me. Roughly he fucked me here and there it hurt but at the same time I enjoyed the pain His hand was around my throat and sometimes he squeezed my throat and then his hand slackened again. Tears flowed down my cheeks not from the pain nor from the fear but from the wonderful feeling of being his.

He had taught me another lesson this evening. The rebellion on the bathroom had clearly been my own problem. I had wanted to be will-less for him, I had not been but if I will ever be will-less now it is because I want to be. I want to be of and for him with that I give him the right to choose what he does with me as long as he considers my well-being. Sometimes you have to cross boundaries to find exactly where this one lies. Thanks Master, thanks Roman for teaching me another wise lesson.

Summary That evening, I had agreed to meet with Roman. A man I had met earlier in the bar where I worked. With whom I had an unforgettable experience. He was the man of my dreams, just as mysterious, just as charming and just as dominant.

This woman wants to be submissive to new boyfriend

The story of a woman who must listen to her Master 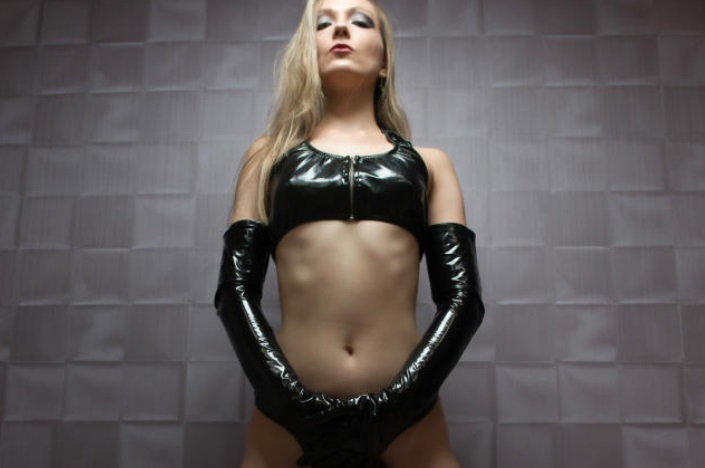